Jessica M. Peralta is a bilingual speech-language pathologist that services School #4 as a preschool child study team member and helping her students achieve their goals from preschool up to fifth grade.

Jessica attended Kean University and obtained her bachelors in Speech and Hearing Science with a minor in Psychology. While at Kean University she was an active member of several student organizations and named Who’s Who Among Students in American Universities and Colleges. Upon her acceptance into the Communication Disorders Program at Howard University in Washington, D.C. she was awarded a two year Fellowship from the U.S. Department of Education to conduct research on Bilingual and Multicultural Studies as a Communication Science Graduate Student. She has presented her research on bias in standardized assessments and collecting background history from different cultural populations at Howard and the National Black Association for Speech Language and Hearing. She completed her practicum internships in the Washington D.C. Public Schools servicing a broad spectrum of student populations, and ultimately completing her practicum hours at the Center for Bilingual Speech and Language Disorders in Miami. Jessica holds her certificate of clinical competence from the American Speech Language and Hearing Association and has worked with NJ Early Intervention Program as a target evaluator and Public Schools in New Jersey since 2003. Jessica received the 2015 Governor's Educator of the Year for School #4.

An individual’s ability and effectiveness to communicate is pivotal in all aspects of development and life, thus a constant goal for “Ms. P” is to maintain a positive and nurturing rapport with her students, set high expectations and offer the tools to help them meet their goals. 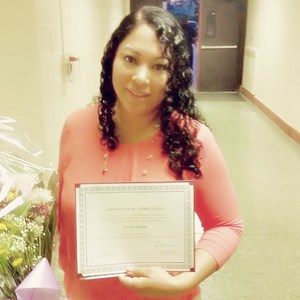 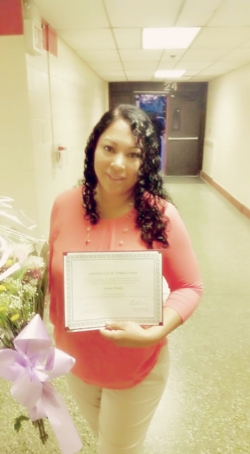