Ricardo L. Acosta, Ed.S. is returning to his role as Director of Planning, Research, and Evaluation/Coordinator of Educational Technology/District Test Coordinator for the district. He received his B.S. in Secondary Education from Seton Hall University. He also received his Master’s Degree in Education as part of the EPICS Program at Seton Hall University. Mr. Acosta earned a certificate in Information Technologies from Seton Hall University. Mr. Acosta later received his Ed.S. Degree in Education Leadership, Management, and Policy from Seton Hall University.  Mr. Acosta is currently enrolled at Centenary University's Doctoral Program and is pursuing his Ed.D. in K-12 School Administration with a Specialization in Special Education.
Mr. Acosta began his teaching career at Our Lady of Czestochowa School (OLC School) in Jersey City, NJ teaching 5th grade ELA and 5th- 8th grade Social Studies. He taught there for five years before coming to School Number Ten in Belleville to teach 5th grade. He taught there for three years before becoming the Assistant Principal at Belleville Middle School. He was Assistant Principal for two years before becoming Principal at Belleville Elementary School Number Four where he served for two years. Mr. Acosta also served as the Acting Superintendent of Schools in Belleville from September 1, 2014, until February 15, 2015.  Mr. Acosta then took on the position of Director of Planning, Research, and Evaluation for the Belleville School District for two years and spent the last four years as Principal of School Number Three before returning to his role of Director of Planning, Research, and Evaluation/Coordinator of Educational Technology/District Test Coordinator.
Mr. Acosta is in his third year as a mentor for the New Jersey Leaders to Leaders (NJL2L) Program which is a comprehensive mentoring and induction program for new school administrators in the state.
Mr. Acosta is in charge, among other things, of the emergency call system for the district.
Mr. Acosta holds an NJ Standard Certificate in Elementary Education (K-5), Elementary Education with Subject Matter Specialization: Language Arts/Literacy Specialization in Grades 5-8, Education with Subject Matter Specialization: Social Studies in Grades 5-8, Supervisor, and Principal. He also holds an NJ Certificate of Eligibility for School Administrator.
Mr. Acosta has resided in Belleville for the past 12 years. He is married to his amazing wife Irma and has five children, three of whom currently attend Belleville Public Schools and two who graduated from Belleville High School and are currently attending college.  Mr. Acosta has also volunteered as a tee-ball, baseball, softball, basketball, and flag football coach for the Belleville Recreation Department.
He is very excited and is looking forward to continuing to move the Belleville School District in the right direction! 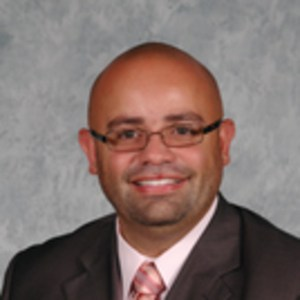